In the violinists Maria Bachmann and Tim Fain, the violist David Harding and the cellist Matt Haimovitz, Mr Glass had performers well versed in his style and keenly aware of what precedents he meant to evoke […] with deliriously beautiful should and expressive spirit.”  Steve Smith, New York Times

The level of technical accomplishment was excellent, that of absorption and persuasiveness was distinct..the audience called the performers back to the stage repeatedly and with genuine enthusiasm.”
—New York Times

The Chester Quartet is ” one of the best and brightest of the country’s young string quartets.”
—Boston Globe

A good string quartet is like a good marriage. Communication happens by osmosis; partners speak with one voice, idiosyncrasies are learned and absorbed. And that’s the kind of communication the audience observed on Tuesday among violinists Martin Beaver and Annalee Patipatanakoon, cellist Roman Borys and violist David Harding. The sound of their instruments blended beautifully, accents and phrases were judged perfectly, creating a seamless musical whole — even the group’s vibratos were in sync.”
—Robert Harris, The Globe and Mail (National Canadian News Source)

Exceptional talent sparks an exhilarating dialogue: There wasn’t a weak spot in the lineup; violinists James Ehnes and Stephen Rose , violists Roberto Diaz and David Harding, and cellist Amit Peled . All are players of rare ability and finesse .If chamber music is best described as a “musical conversation”, these were five expert talkers.”
— Melinda Bargreen, Seattle Times 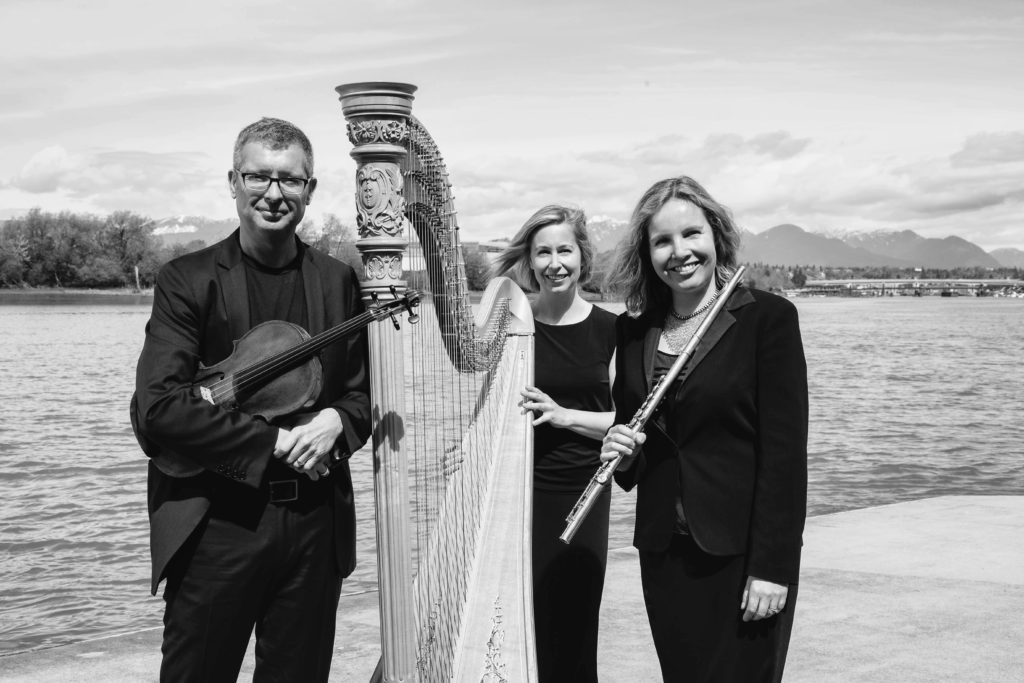 Three superb musicians, flutist Lorna McGhee, harpist Heidi Krutzen and violist David Harding [….] have a CD out on Skylark, called Fin de Siècle with music by Debussy and Ravel, one that I’d give five stars for its ravishing playing.
— Lloyd Dykk, Vancouver Sun